Many congratulations to Eddie.  this was quite probably the finest final seen at the club for many years.  Intense, high [Show picture list]
quality squash throughout with the result in doubt right up to the end.  While Eddie prevailed once again it is certain that we are going to see Dave in many more finals in years to come.

Congratulations to Peter for a fine win,  in truth, Martin couldn’t seem to get going and struggled to compete.  Where he

kept his concentration there were some fine points but Peter was a worthy winner.

Congratulations to Paul Best for once again winning one of the club’s main competitions. This was a match fit to have been the club championship final – another epic.  With 2 players of such different styles – the well honed squash brain and silky smooth skills Paul always brings to his squash pitted against the dynamic, raw agility and determination of Richard. 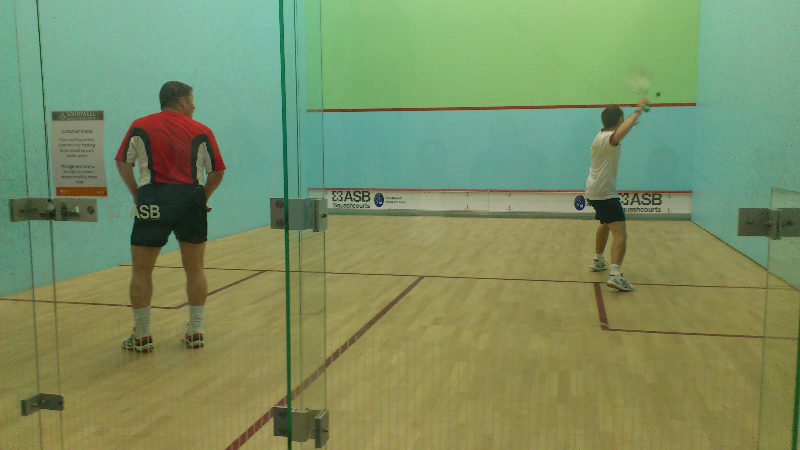 The smart money was on Paul to win in 3 or for Richard to win in 5.  In the event this match had so many twists and turns it was impossible to call right up to the last points.  Both players had periods of dominance and each played some brilliant squash.  At 2 all the bets were again on Richard to pull through.  Hats off to Paul for rolling back the years and going on to win.